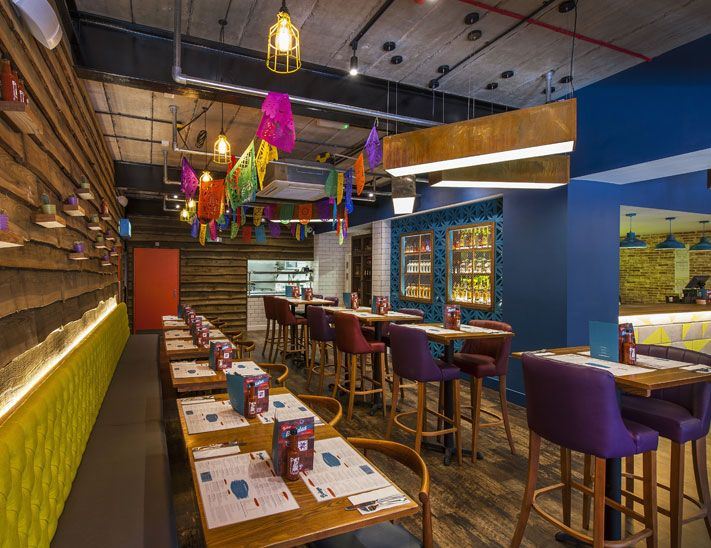 We’ve been on site in St Martin’s Square for about four weeks now, working for the very first time with Birmingham-based Faber Design and Architecture on an exciting new project. We’re gutting and refurbishing a building previously occupied by The Sweater Shop.

Taking its place is something far more exotic! Bodega Cantina Leicester is a South American-themed bar and restaurant, offering a range of classic Peruvian and Ecuadorian inspired fare as well as street food favourites. The £200,000 investment in Bodega Cantina Leicester is being made by independent restaurant and bar operator Bitter and Twisted Venues and will create 15 new jobs in the heart of the city. Opening a Leicester venue is also a first for the company and will be its tenth bar-restaurant in the Midlands.

Birmingham-based Faber Design and Architecture specialises in designing hospitality, retail and workplace interiors so Smallman & Son is delighted to be working with them on this latest Leicester project.

Having completed a recent office refurbishment project in Highcross Street earlier this year, it’s great to be back in the city centre and working as part of the wider team bringing another great new venue to St Martin’s.

Well on track for the July opening, we’re all looking forward to trying those tasty tacos, nachos and burritos!