After Britain’s Brexit vote, there’s been endless speculation about what lies ahead. Here at Smallman & Son, we’re focusing on what our customers say we do best, keep delivering commercial construction projects on time, on budget, across the Midlands and right here in Leicester, our home town. We are currently looking forward to working on a couple of projects at the University of Leicester.

In March this year at the high profile, global construction industry event MIPIM we saw first hand, just how well Leicester, Derby and Nottingham cities promoted the East Midlands to the global market as one of the top ten UK regions with the most potential for new business. And in the West Midlands a new regional investment hub in Birmingham is being tasked with attracting more high value foreign investment projects into the Midlands region. At a local level, there’s plenty ahead too with a 15-year, £26 million regeneration plan to transform the city’s rundown waterside area, where the river and the Grand Union Canal meet. Having worked on several projects in Leicester city this year that have brought new investment into the city – new restaurants, bars, offices and workspaces, we’re keen to see another central Leicester location brought back to life, creating opportunities and new jobs for everyone involved, including many local and regional firms in the construction business.

Many are saying that Leicester and Leicestershire remain ideally positioned for a post-Brexit future, with a diverse mix of businesses and a history focused on cultivating relationships with global trade partners as well as with our partners in Europe.

It will be a challenge for us all, but Leicester’s a city that’s always had an entrepreneurial spirit running through its veins. Team Smallman’s bet is that the city won’t stand still, whatever the future holds. 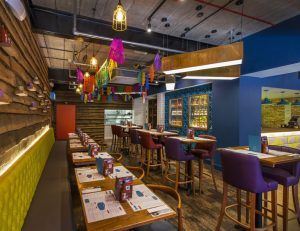 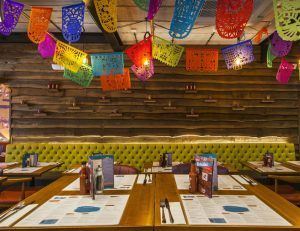