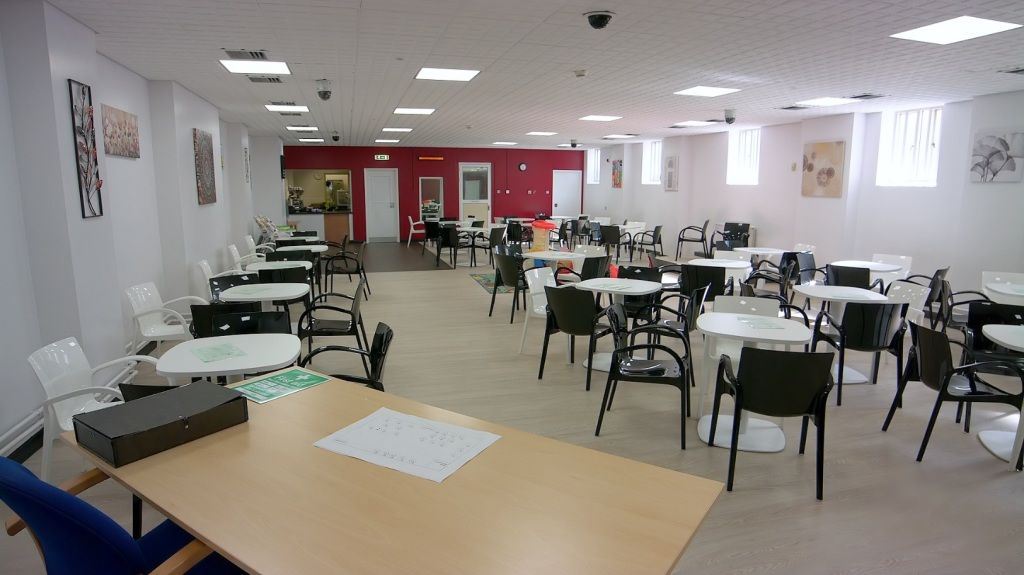 Working in collaboration with De Montfort University (DMU) Square Mile student volunteers, Team Smallman has recently completed the welcome refurbishment of the Visits Hall at HMP Leicester. We’ve had many positive comments about the refurbishment which transformed the space into a light-filled, bright and modern space.

HMP Leicester is a Victorian prison on a three acre site close to Leicester City centre on the Welford Road. It’s an adult male local prison with a resettlement function serving the magistrates and crown courts of Leicestershire, and caters for remand prisoners and those serving short sentences. The Gatehouse dates from 1825 and much of the building took place in 1874. In 1990 a new visits and administration block was built adjoining the main entrance.

The accommodation in the Visits Hall was rightly criticised by HMIP as bare, austere and unwelcoming, especially for those with children. HMP Leicester asked for the university’s support in re-developing the visitors’ hall so DMU Square Mile volunteers helped to re-decorate Leicester Prison’s visitors’ hall as part of their collaborative work with the prison. Five students visited the prison over a number of days to help make the Visits Hall more appealing for families. Jessica Bogic, Outreach and Projects Co-ordinator at Square Mile, was keen to stress the value of making the visitors’ hall a more aesthetically pleasing environment; “There is a lot of research to suggest that if prisoners, males in particular, have a positive attitude during their visits while in prison, it can reduce re-offending rates.”

Team Smallman also spent a very interesting day at HMP Leicester as part of the UK’s first ever Ted X event held inside a prison. TEDx is a program of local, self-organised events that bring people together to share a TED-like experience. TED is a nonprofit organization devoted to Ideas Worth Spreading. Started as a four-day conference in California almost 30 years ago, TED has grown to support those world-changing ideas with multiple initiatives. The two annual TED Conferences invite the world’s leading thinkers and doers to speak for 18 minutes on a diverse mix of topics. Many of these talks are then made available, free, at TED.com. TED speakers have included Bill Gates, Jane Goodall, Elizabeth Gilbert, Sir Richard Branson, Nandan Nilekani, Philippe Starck, Ngozi Okonjo-Iweala, Isabel Allende and former UK Prime Minister Gordon Brown.
see https://www.facebook.com/TEDxLeicester

Smallman & Son was founded by Robert and Mark Smallman and provides building and refurbishment services nationwide to clients in both the private and public sectors, including British Gypsum, Serco, Farmer and Carlisle, the NHS, Uppingham and Loughborough Endowed Schools and the Ministry of Justice. 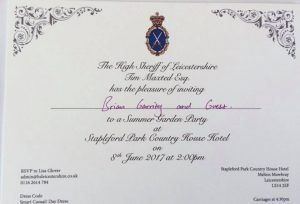