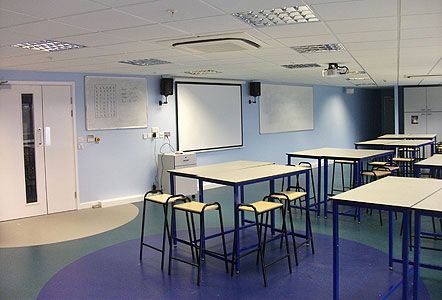 We were honoured to undertake a project at the National Space Centre; a museum and educational centre based on the fields of space and astronomy that has become one of Leicester’s well-known landmarks and a place for the whole family to enjoy.

The satellite bar was open to the rest of the building with only a one-metre high wall dividing it from the corridor. We took the wall to ceiling height and fitted a new security door. After a tile suspended ceiling was fitted and a new 600 x 600 grid was enclosed, we added a sprinkler system, an air con system, heating system, new lighting and electronic security services.